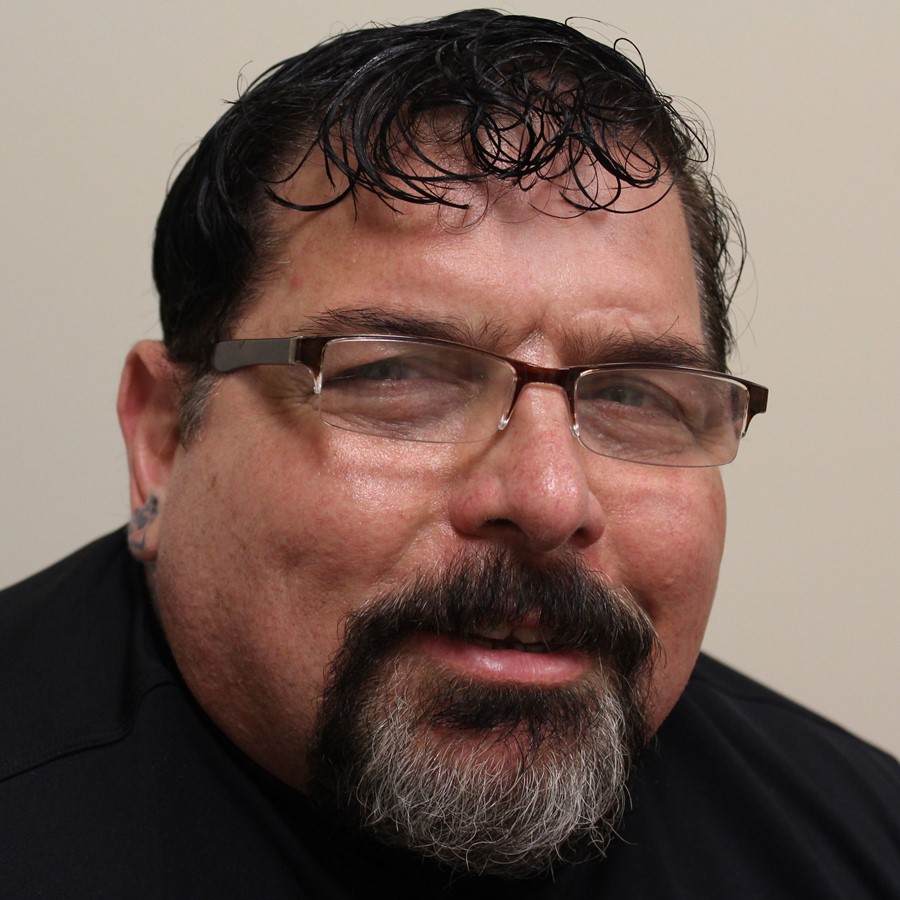 Jeff lives in pain every single day. But “the pain isn’t half as bad as losing everything and being homeless,” he says.

His opiate addiction started with his many in-and-out visits to the hospital, after several motorcycle crashes (one leading to temporary paralysis) and a serious workplace accident broke his back in half. He says they loaded him up with pain pills often. The hospital once found him unresponsive after an apparent overdose on pain meds, leading to his kidney and renal failure. When he ran out of prescribed pain medication, he turned to street drugs, like heroin, or to purchasing pills illegally. It was an unexpected turn for a man who barely touched alcohol and recreational drugs while growing up in a family of addicts.

“I drugged everything away,” Jeff says. His wife divorced him and he lost everything he had. He ended up on the street, barely washing or holding himself together, then in a shelter. His depression became so severe that he felt he had no reason to live. Yet, he says there was still something calling for him to do the right thing.

Jeff ended up at a sober house where the landlord recommended him for the multi-agency-run Transitional Access Program (TAP) that facilitates housing for working people who are homeless or at risk. Continuum’s South Central Peer Services program coordinates TAP.

TAP covered a month of Jeff’s rent at the sober house, which helped him to concentrate on his road to recovery. He worked hard on himself. Two and a half years later, he is sober and still living at that sober house. But now, he oversees it. In fact, Jeff manages 5 sober houses. “I have 72 guys who count on me every day now when before I couldn’t even count on myself,” he shares. He also advocates for people as a caseworker for TAP.

Jeff leads by example. His day starts at 4:30 am and doesn’t end until midnight as he fields calls and handles issues within the various houses – “I’m never too busy for people if they want to talk.” He constantly cleans and fixes things in the houses to maintain an inviting living environment for residents.

Jeff copes with his occasional feelings of sadness and loneliness by focusing on the positives, tapping into religion, and keeping busy. He no longer needs to take medication for depression, and he refuses to even take an aspirin for his pain. Most importantly, his kids are back in his life and Jeff has found a life of purpose and meaning.

Won’t you consider a gift to Continuum so we can help transform a life like Jeff's?