Finally, a Place Where Mike Belongs 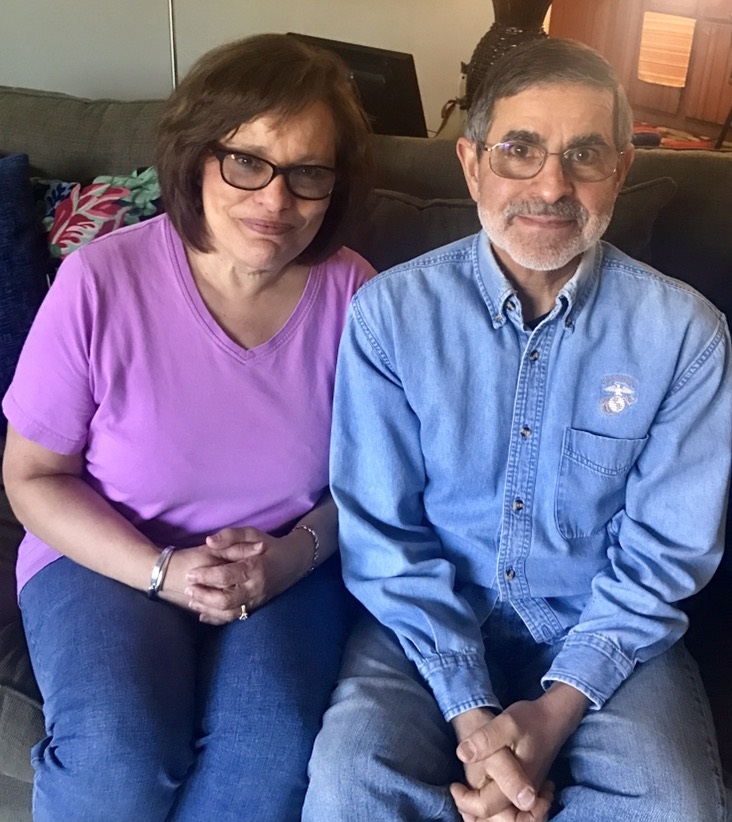 Mike Sr. and Myrta were told that it was a learning disability, but their son Mike Jr.’s condition felt to them like a much bigger cause for concern.

Complications surfaced when he was in kindergarten and his coordination issues caused him to repeat that grade. Children on the autistic spectrum often have difficulties with coordination and motor skills, but back in 1970s no one understood the complexity of Mike Jr.’s condition.

Throughout school, he learned alongside the other kids but as his behavioral and social challenges increased he was regularly sent to the resource room because he couldn’t keep up. Yet, the school system just passed him along from one grade to the next.

His high school and teenage years presented even more problems as Mike Jr. continued to exhibit some of the classic symptoms of Autism Spectrum Disorder (ASD), such as difficulty with social interactions and communication, obsessive interests, and restricted/repetitive behaviors. He could not relate to his peers, speaking on unusual subjects only of interest to him and unable to read social cues and tell jokes to help him interact with the other kids.

His sole friend moved away, so Mike Jr. spent those formative teen years in isolation. Bullying was a regular occurrence. He got his first arrest and court appearance because he accidentally hit a plainclothes police officer who was trying to break up a fight between him and one of his bullies at school. The bully suffered no consequences. According to his parents, misunderstandings like that happened all the time. Like the phone calls concerned parents would make to the police because Mike Jr. constantly called their daughters due to innocent crushes, not understanding that incessant telephoning can be considered harassment. Mike Sr. and Myrta dread phone calls to this day.

Overwhelmed and utterly lost, they took their son for test after test, and attended meeting after meeting. One doctor said schizophrenia, another said bi-polar. Neither diagnosis felt right to them. Eventually, at age 18, he was diagnosed with PDD-NOS (Pervasive Developmental Disorder-Not Otherwise Specified), a previously separate subtype of Autism that has now been included in the single diagnosis of ASD.

Unfortunately, his IQ being above 70 disqualified him for the Developmental Disability Services program that his parents thought suit Mike Jr. So when he became physically aggressive with his mother one day, Mike Jr. was placed in a mental health institution.

That institution was, as Mike Sr. describes, “basically a prison for people with mental illness.” Residents were heavily sedated and on lock down. Mike Jr. became robotic in there. After that, he went from one incompatible mental health program to the next.

The programs lacked the consistency in care and routine that he needed. Routine gives people diagnosed with ASD stability and order in a world that they experience as confusing and overwhelming. Receiving conflicting instructions from staff would drive Mike Jr. to outbursts, which included throwing away pricey items like TVs and Playstations, breaking furniture, kicking in walls, screaming and yelling, and barricading himself in his room. 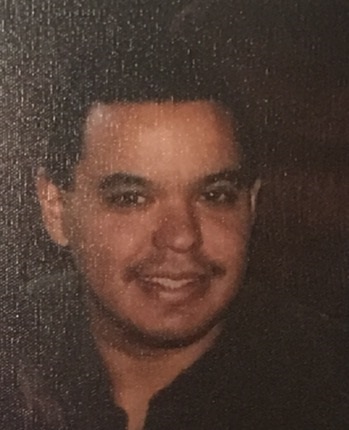 Some programs gave him too much freedom to roam the inner city neighborhoods in which they were located, so he started mixing with the wrong crowd who took advantage of him and put him in bad situations. “Friends” constantly drained him of money. One guy had Mike Jr. in the car while doing a drug transaction, which ended in another arrest for him.

Eventually, a hostile confrontation between him and staff at a program landed Mike Jr. in the hospital. At that point, he had exhausted all of the options for mental health programs in his area. Then, his former counselor (a “godsend,” says Myrda) at another program brought him over to Continuum.

Continuum’s Long Term Services (LTS) programs are a unique offering that care for people diagnosed with both ASD and mental health disorders and require support that does not fit into traditional mental health services. LTS has proven to be so effective at saving the State money (at a rate of about $5 million a year) and caring for its population that Continuum has opened six LTS homes in the past seven years, with a 90% success rate of keeping residents out of the hospital.

LTS staff use a variety of strategies to try to understand and shape residents’ behavior to promote independence and better communication and coping skills. For example, when Mike Jr. has outbursts they sit with him and prompt him to explain his behavior and feelings. Each staffing shift follows the same behavioral plan so there’s no confusion for Mike.

Staff constantly communicate with family members and service providers to ensure that everyone is on the same page regarding Mike Jr.’s care. They diligently collaborate with and obtain information and solutions from medical and treatment providers. Mike Sr. and Myrta were particularly impressed with Continuum staff’s persistence, responsiveness and follow-through. Previous program staff and doctors wouldn’t act on their concerns about Mike Jr.’s medication, but Continuum took him for testing that revealed his medication was not helping him at all. He’s currently being weaned off.

Mike Jr.’s speech has since slowed down and his parents have noticed that he’s gotten his sense of humor back. He’s learned breathing techniques to calm himself down and recently tried yoga. The fact that he no longer copes with weekly emergency room visits is a major sign of progress.

He is more independent and responsible, and no longer gets into trouble now that he’s living in a home located in a quiet suburban neighborhood. Mike Jr. follows a schedule for household chores, and does his own grocery shopping and cooking. Participating in activities in the community and volunteering at the soup kitchen a few times a week makes him feel like he’s a part of society. Staff is currently helping him to find employment.

Mike Sr. and Myrta believe that out of all the programs he’s been in, “Continuum has been the best fit for Mike Jr. -- Bar none.”

After decades of searching for answers, they finally found a place where their son is safe and cared for by staff who truly understand what people with ASD require and accept them for who they are 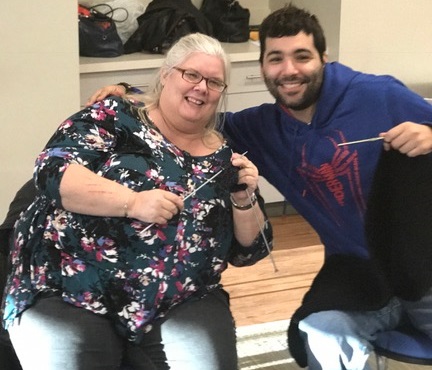 The North Madison Congregational Church (NMCC) set out to make a difference in the world, and what a difference they made!  Over the past few weeks, the NMCC Worship Team organized and conducted five experiential workshops designed to enrich the lives of our client who rarely get such opportunities on their own.  There was a one-to-one ratio of clients to church volunteers in each workshop. Alongside NMCC volunteers, clients learned physical therapy remedies, ways to create different feelings or moods through watercolor painting, knitting, techniques to express thoughts, feelings and stories through poetry and how to craft a tote bag.

The sessions inspired and empowered our clients, and our volunteers were moved by their ability to make such an enduring impact. It was quite a heartwarming scene to see both volunteers and clients mutually helping one another to learn and create in these workshops. The most rewarding lesson learned from these workshops, beyond the skills that participants gained, was that of the value of fellowship, compassion and taking the time to listen and connect with others. Everyone who attended wants to spend time together again.

This Volunteer Appreciation Month, we especially thank you, North Madison Congregational Church Worship Team, for caring so much, for taking the time to share yourselves, and for providing such uplifting experiences for people who have so little.

Want to make a difference?  Perhaps you have a talent to share or some time to spare. You don’t have to know how to paint, knit or write poetry to help. As the ancient Greek storyteller Aesop said, "No act of kindness, no matter how small, is ever wasted." 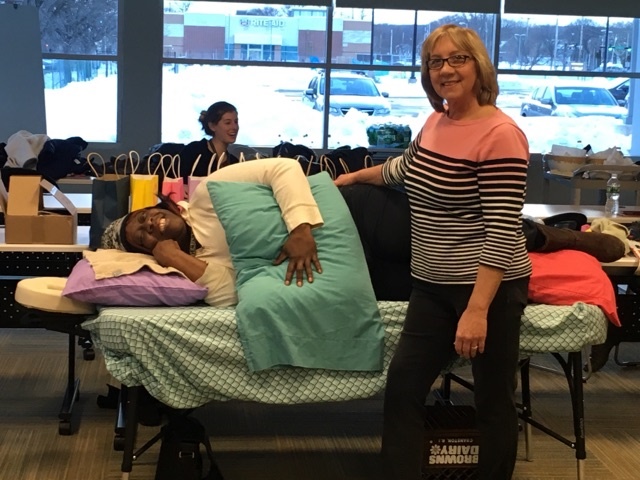 Here are a few ideas:

- Paint a room in one of your group homes

Perhaps there’s something you can do. Give us a call and let us know the gifts you want to share.

to support Continuum in THE GREAT GIVE® 2017!

This year, your donation will go toward crucial repairs for a group home that will improve safety and foster a better sense of community and social connection for the 12 people who live there.

Your charitable donation will make us eligible for thousands of dollars in grant prizes. Donors will also be eligible for a prize.

But, why wait? Get ahead of the crowd and schedule your gift now.

The Human Library™ is an international movement that promotes challenging prejudice through conversation with a Human Book.

Explore their insights, experiences and perspectives.

Stay for inspiration-igniting activities like journaling, yoga, art and more.

Want to be inspired? RSVP here.