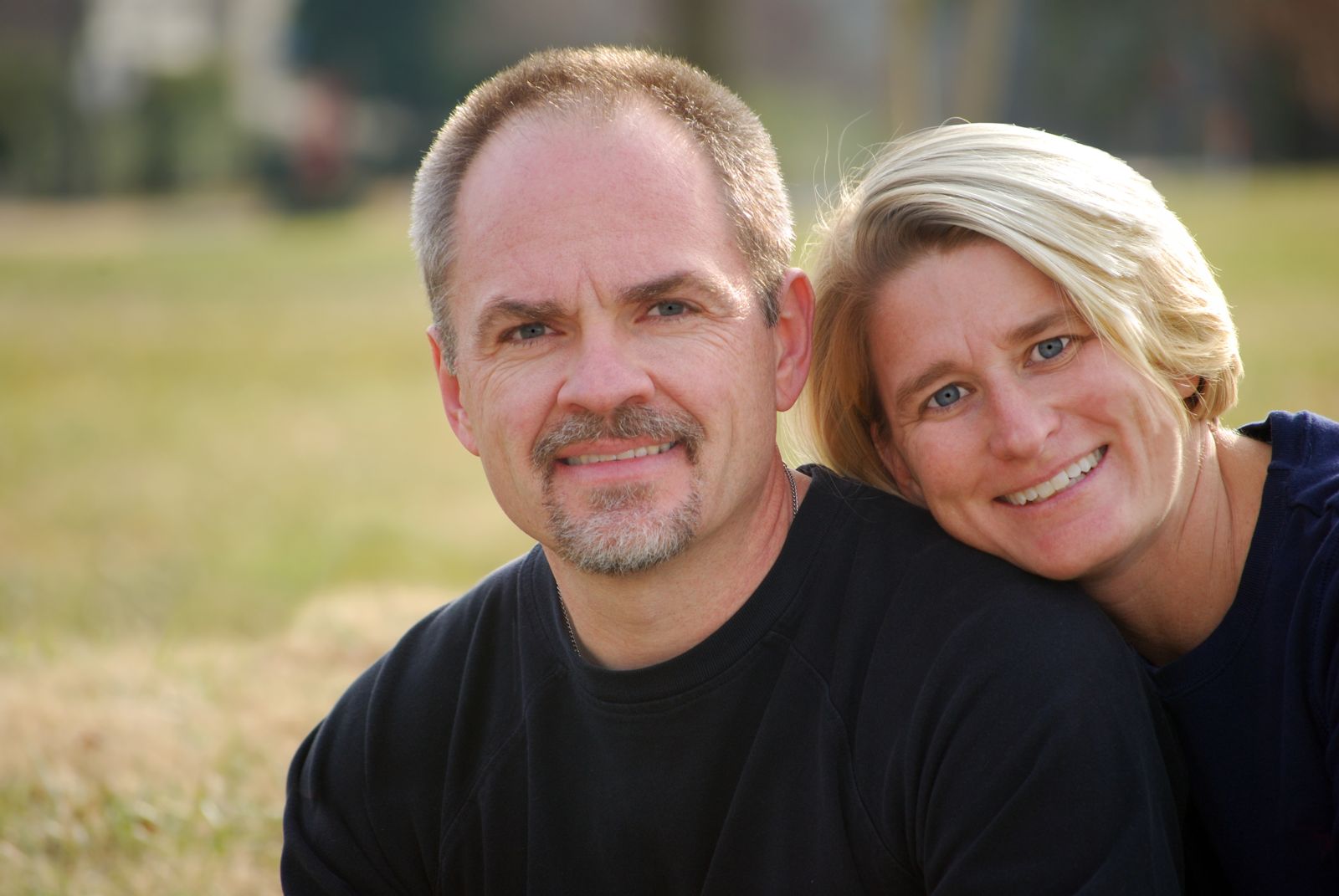 Our son Jason* did well in school. As a child he never had any issues with teachers or peers, was well liked, played piano and trumpet, and was in marching and jazz bands. He won art awards and helped us to raise 3 guide dog puppies for the blind. As a young Boy Scout, he helped provide first aid to a stranger at a rest stop who experienced a heart attack. Jason graduated from college with a degree in Mobile Forensics – a normal, great kid.

About a year and a half after college, things went sideways. Jason was working in a high stress job in New Jersey.  The pressure of keeping up with a new job as well as new roommates in a strange town started to take its toll. He started abusing Adderall to stay awake, and drinking heavily and using other drugs to compensate.  We suspect that the stress and the drug use could have contributed to triggering the start of his mental health issues, but we cannot say for sure. Over time, it got out of hand and he hit rock bottom.

It started around Christmas in 2015 when Jason was on his way from New Jersey to visit friends in Vermont. While en route, he started to hallucinate, so he pulled over to a rest area and called 911. Emergency responders brought him to a hospital. We were in Florida at the time.  He was released home into our care, and this is when our journey began.

After he came home, the severe psychosis began. Jason thought the FBI had cars watching him from the driveway.  He thought a chip was planted in his brain by aliens.  He was afraid people were going to harm him. At first, we chalked it up to the aftermath of drug-induced psychosis, and alcohol and drug withdrawal. After a few trips to the ER, we thought it would pass. The ER would not admit him because he “was not a threat to himself or others.” So, they sent him home with Ativan. We tried to get him into a rehab program, but everything was on hold for the holidays. Finally, our prayers were answered when he was accepted into an intensive outpatient program (IOP) in Hartford on January 3, 2016.

The IOP was helpful but required long drives to Hartford 3 times a week for 3 hours a day. That took its toll on him and he dropped out of the program. The psychosis worsened because he refused to take medication. I will never forget 2 weeks into the program, when he ran out into the cold winter night, jumped our fence and started to run into the woods. Eventually, we were able to coax him back into the house. That was when I knew this was a much bigger issue than what just a few weeks of rehab or IOP could handle. Finally, the last week of January, he was hospitalized for a week at another hospital and placed on medication. After being discharged to our home, he stopped taking meds again, but agreed to stay in the IOP in Hartford for another 3 weeks. At the end of February, he convinced the staff that he could do it on his own, and that we were returning to work and felt he would be fine living in his own apartment with no roommates.  He still refused medication. We found him the perfect place close to family, in a great location and with plenty of things to do. This independence lasted 1 week.  Without the medications and therapy, he crashed and burned, and we brought him home a second time. This led to more depression, and eventually a 30-day hospitalization at Bristol Hospital. He refused to take meds in the hospital which led to a very traumatic forced injection. Fortunately, before he was to be taken to the State mental hospital in Middletown, he agreed to take meds and came home again, a third time.

This led to another failed IOP, but he started a medication routine that lasted about 2 years. Jason was stable and, while he really could not work, he volunteered at the food pantry and was seeing a private psychologist weekly. At that time, he was diagnosed with major depressive disorder. In February 2019, he decided to stop taking his medication again, and things quickly spiraled downward.  He was still living at home, and began stealing money from us to get alcohol.  He was thrown out of bars for not paying his bill, and he acquired a couple of larceny charges.

We anguished and struggled to find a solution.  He was on the verge of incarceration or suicide, and we felt he needed to go back to the hospital to get help. In September 2019, things were really bad. Jason’s psychosis was coupled with severe manic episodes of angry outbursts, heavy drinking, disrespecting our property, swearing, and threatening and accusing us of poisoning him and stealing his money. The police were called several times and each encounter ended without confrontation, but most ended in the ambulance. From October to December of 2019, he was hospitalized 3 times for 7 to 14 days at Natchaug, Backus, and finally St. Vincent’s.   Medicare paid in excess of $400,000 for the accumulated cost of emergency and inpatient hospital stays. The continued problem was that he would not participate in IOPs, which led to a disconnection of services when he was discharged from the hospital.

In December 2019, Jason was in crisis and was sent to St. Vincent's Hospital.  He was there for about 2 weeks until he stabilized and was ready to be discharged. There, Jason was diagnosed with schizoaffective disorder (a combination of schizophrenia and bipolar disorders). We needed to find a residential mental health program in order to find a solid, long-term solution.  We heard about and loved the sound of Continuum of Care’s Recovery Services program (CRS), so we reached out and met with the vice president, John Labieniec. Jason’s trust had been completely broken by then.  He wouldn't talk to anybody and he wanted nothing to do with any kind of medical treatment. Somehow, John was able to get through to him. He drove to St. Vincent’s Hospital in Bridgeport, CT to meet Jason.  It was that conversation which helped convince Jason to try Continuum Recovery Services. The program offers multiple “paths” that provide different levels of residential care while integrating and maintaining therapy and medication management.  The goal is for clients to ultimately move toward living independently on solid ground, in life-long recovery.  John was the first person to convince Jason that he needed long-term care. We are forever grateful for his intervention. We believe he saved Jason’s life.

Jason was discharged from St. Vincent’s to CRS’ Luna’s Path, which offers the most intensive level of care. Luna’s provides 24/7 supervised, residential care and is an alternative to hospitalization. It includes medication monitoring, daily therapies, case management, wellness, and life skills training and support. More importantly, it sets a foundation of care that is built on continuity and trust. He loved the staff and program so much that he did not want to leave! Eventually, he stepped down to David’s Path, which provides 12-hour, supervised residential treatment, including clinical and professional support staff, group therapies, and medication observation.  After several months, Jason moved on to Tyler’s Path, where he lived in a congregate setting with others who were on their recovery journey.  One of the biggest advantages of the programs is the frequent contact with the clinical team for medication and therapies. The case manager and social workers were invaluable in helping Jason with day to day living activities. We cannot thank CRS’ APRN enough for the oversight of the medications that were crucial at that time.

John encouraged us to enroll in the NAMI’s 10-week Family-to-Family course.  It really helped us be more aware of the valuable resources available to us.  Simultaneously, CRS staff engaged us in the process as much as possible, while respecting Jason’s privacy and HIPAA laws.  We became better equipped to be advocates and partners instead of adversaries.

Our biggest regret is that we did not find Continuum sooner. So much time and money was wasted.  The cost to Medicare of Jason’s medical care in and out of hospitals, and in less effective programs, exceeded $400,000 and we really did not make sustainable headway.  The cost of 11 months in Continuum Recovery Services was significantly less. At CRS, Jason learned how to better cope with his illness, and the importance of medications. The biggest hurdle is the acceptance of the illness. Without it, moving forward is almost impossible. CRS was invaluable in helping with that step.

As parents, we know that Jason has much work to do on his own, and we are here for support. The biggest challenge in the health care system, in our experience, is the need to shift insurance dollars, specifically from Medicare Part A hospitalizations to long-term mental health residential living programs with portals like Luna’s Path. Adults like Jason who are on SSDI benefits do not qualify for Medicaid, and they are forced to be on Medicare which does not cover residential treatment for mental health. Without specific changes in Medicare and Medicaid, adults like Jason will remain without coverage for long-term residential treatment. It is not financially sustainable for an individual with a severe psychotic illness to live independently on SSDI without support. Presently, insurance and society are footing the bill for excessive hospital costs, prisons, and homelessness. Public and private sectors need to form a better partnership with mental health providers to ensure longevity and success for the future. Programs like Continuum of Care are necessary for people like Jason to have the best quality of life and to remain productive members of society.